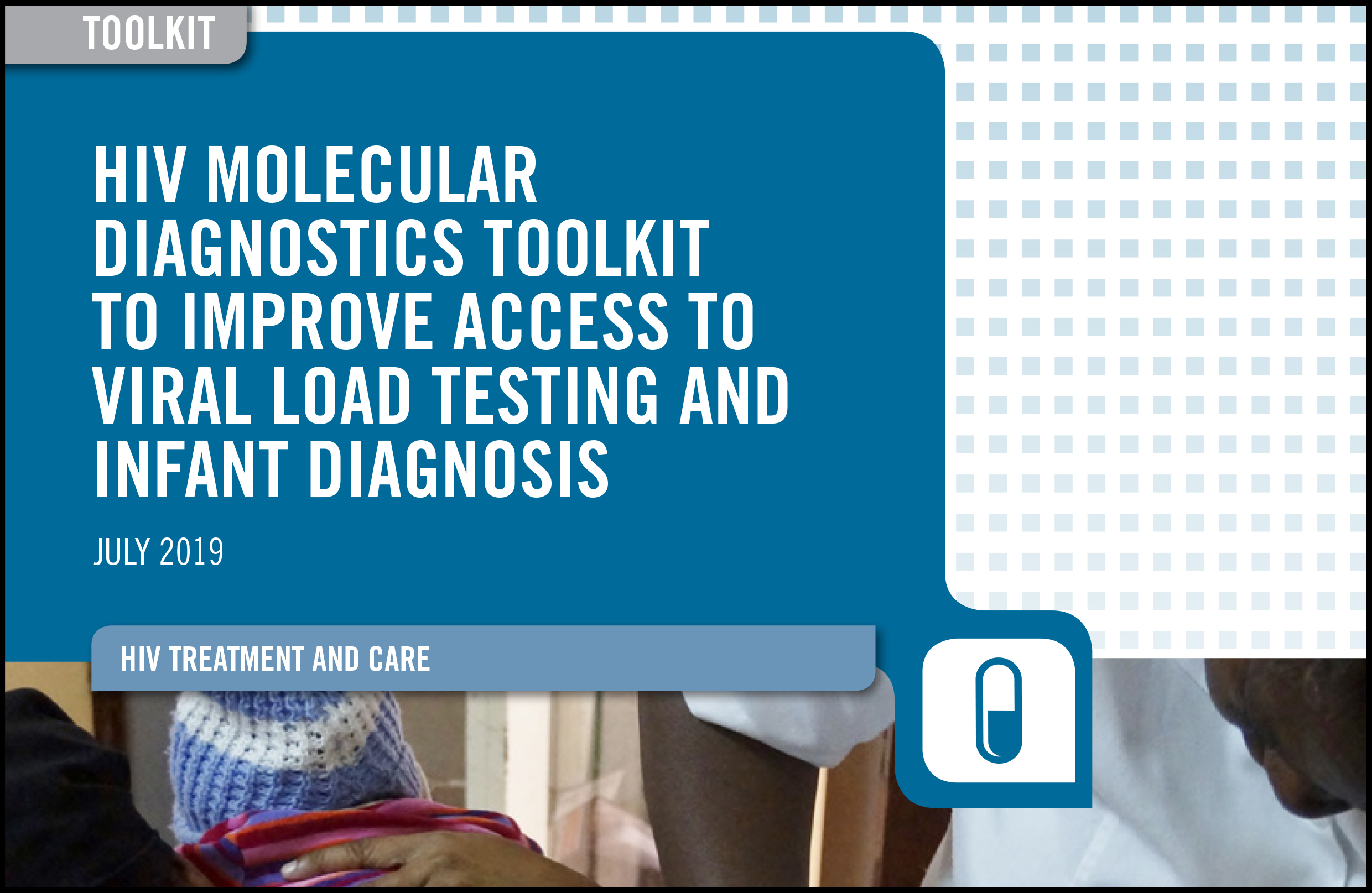 Currently, about half of patients on antiretroviral treatment have access to viral load testing; however, access remains focused within a small number of countries. To date, routine HIV VL monitoring, which is considered the best method for monitoring antiretroviral treatment, has been fully implemented in only 68% of low- and middle-income countries, and partially implemented in only 20% of low- and middle-income countries with the highest burden of HIV. While plasma is the preferred specimen type for viral load testing, it can be restrictive in settings with limited infrastructure and cold chain availability, in addition to several challenges and barriers to widely scaling up viral load. The HIV Molecular Diagnostics Toolkit to Improve Access to Viral Load Testing and Infant Diagnosis, published by the World Health Organization (WHO), presents new and tried concepts for scaling up HIV viral load and EID testing across settings.