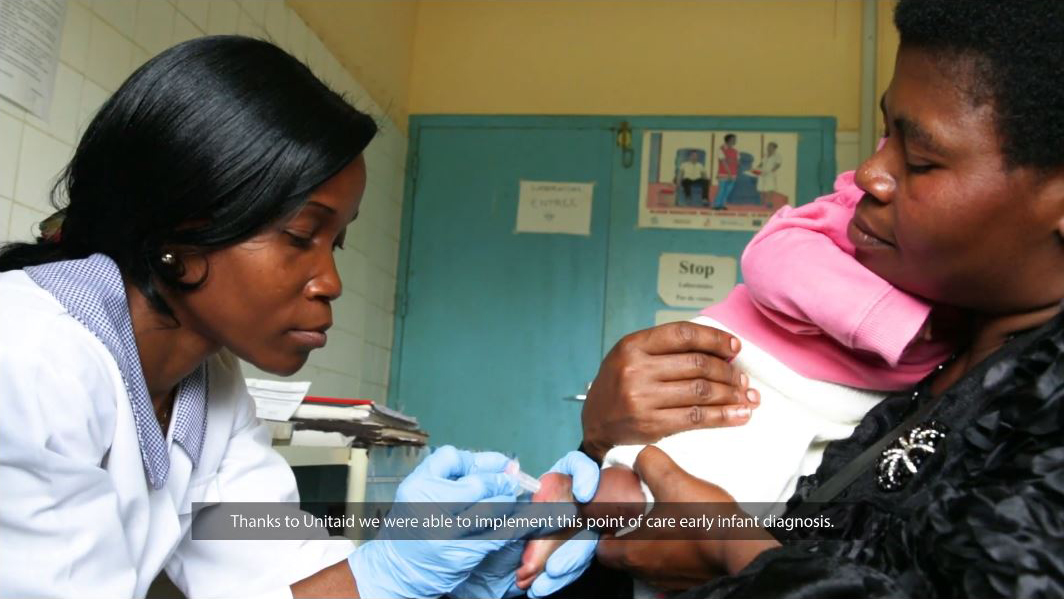 In 2017, UNAIDS estimated 3,300 children under the age of 15 years died from AIDS-related causes in Cameroon. A key challenge is diagnosing and treating infants early in life. Now, a new point-of-care device, which provides results within minutes of testing, has overcome some major obstacles to treatment, giving hope to thousands of mothers and their families.

UNICEF learned how point-of-care helped a Cameroonian mother named Antoinette.  After losing her husband to an AIDS-related illness, she was determined to keep her children healthy and HIV-negative.  UNICEF produced the video below to demonstrate how early infant diagnosis is critical.

Also see UNICEF’s report, “Children, HIV and AIDS: The World Today and in 2030”.